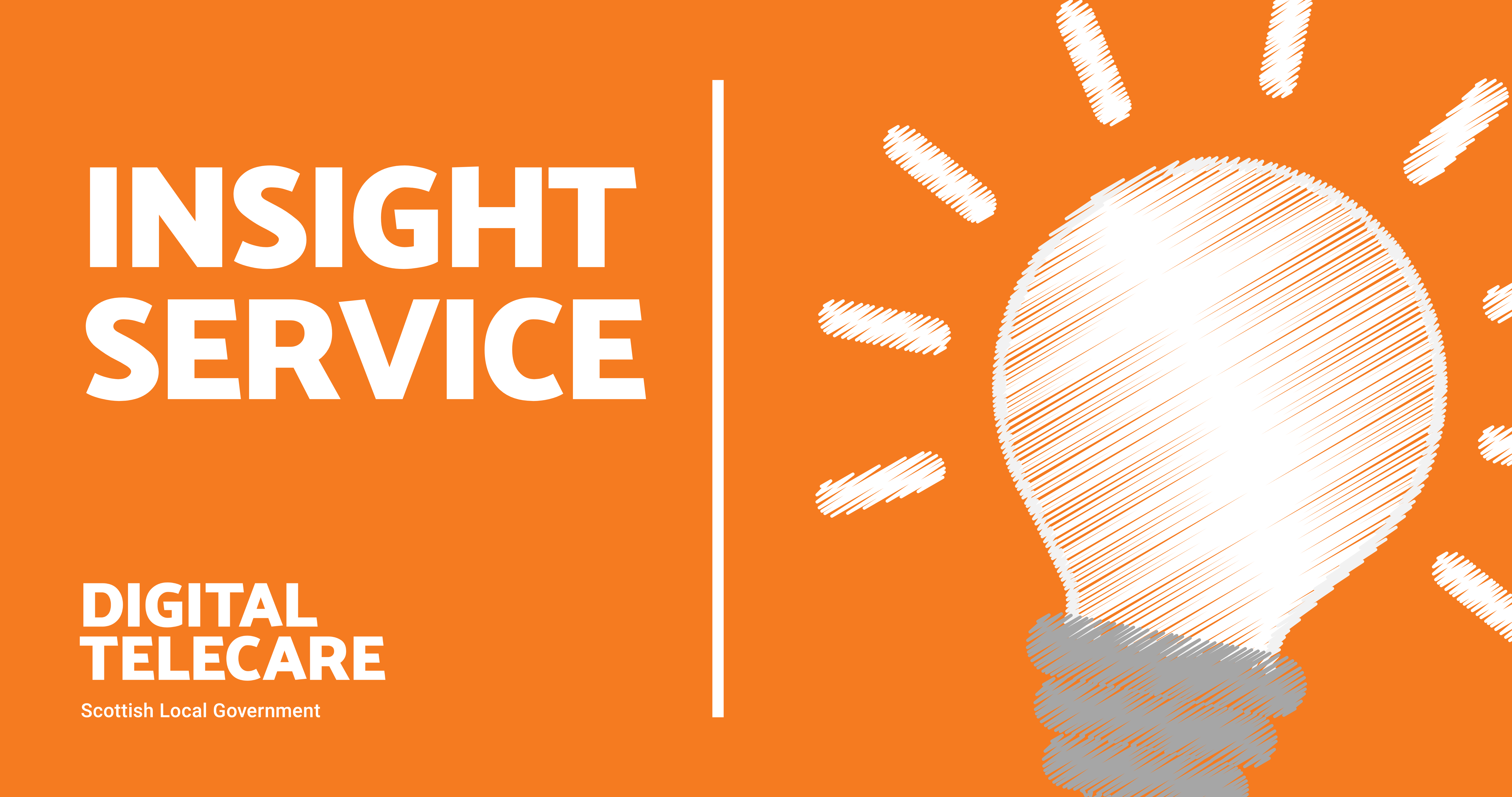 THE IMPORTANCE OF MONITORING FAILED CALLS

Digital Telecare for Scottish Local Government is working with telecare service providers across Scotland to monitor failed calls. This is extremely important as it helps to analyse the stability of the existing analogue solution and provides a baseline to measure the testing of the new digital solution against. This Insight Service will introduce what a ‘failed call’ means, why reporting on this is important, our monthly failed calls survey, the brand-new Failed Calls Dashboard and finally guidance to support telecare service providers experiencing a sudden increase in failed calls.

What is a failed call?

Analogue telecare equipment cannot be guaranteed to operate safely and reliably over digital telephone lines and with digital migrations underway across the country, some services are reporting a rise in the number of failed calls. There are a number of different reasons a call could fail. For the purposes of the Failed Calls Dashboard, we define a failed call as “a call between an alarm unit and an Alarm Receiving Centre (ARC) that has not been correctly answered due to failed analogue signalling caused by conversions between analogue and digital in a telecom provider’s network”. This would include dispersed units as well as grouped housing schemes, and would cover any form of analogue signalling (DTMF, STMF, BS8521, etc.). In such instances the ARC would log that a call had been received, but would be unable to correctly answer it due to the distortion in the signalling, causing the call to fail.

Why is it important to monitor failed calls?

As early as 2023, it will no longer be possible for citizens to purchase an analogue phone service from many of the main telecommunication providers. In addition, all telecommunication providers expect to have fully completed migration of their analogue networks over to a digital equivalent by 2025. We anticipate that we will begin to see an increase in the rates of analogue calls failing due to the changes that have been made.

An example of this is the use of dual tone multiple frequency (DTMF) which relies on different tones being transmitted at specific intervals. Any change to these intervals, even a milliseconds difference, could make it impossible for the receiving device to correctly interpret the signal, causing the call to fail. This is what is meant by ‘distortions’ of the analogue signalling, and is what we expect to see increase as telephony networks make changes in preparation for the switchover to digital.

A further example from Sweden re-iterates the importance of monitoring failed calls. As preparations progressed for their move to digital telephony they experienced a surge in failed calls which tragically led to the death of one individual.

We have launched a monthly Failed Calls Survey which is issued to telecare service providers across Scotland to monitor any occurrences of failed calls they are experiencing. By beginning to track this data now, we will form a clear baseline and should be able to identify swiftly if there is an upward trend in failed calls either locally or nationally, and that will in turn allow us to take collective action to mitigate the risks to citizens. This further benefits telecare service providers as submitting data enables them to create a baseline for the reliability of their current ARC solution, which will provide a benchmark and inform the success criteria for the testing of their digital solution. Participating telecare service providers are asked to provide a monthly return of the following information through a Microsoft Form:

Once a monthly Failed Calls Survey is submitted, the data automatically updates the Failed Calls Dashboard. The Dashboard shows a simple line graph containing the percent of failed calls by month for each participating telecare service provider (TSP). It includes a filter menu which allows the viewer to specify to view a single TSP or a number of TSP’s data. When displaying records for five TSP’s or less, hovering over a month on the graph will display a ‘tool tips’ box which provides any notes submitted with the return.

Telecare service providers can assess this Dashboard on the Failed Calls step in the Discovery Phase of the Technical and Security Pathway of the Digital Telecare Playbook.

A better use of data?

Not only is the Failed Calls Dashboard intended to display failed calls data in a more interactive and responsive manner, it is also intended as a basic illustration of what better use of data could look like. The traditional process for gathering and sharing this kind of data might have looked something like this:

It is clear to see that this process involves numerous interventions from users and is fairly labour heavy. What the Failed Calls Dashboard does is automate stages 5-7. Once the data is entered into the online form, it is automatically added to an Excel spreadsheet on Microsoft Sharepoint, which in turn acts as the dataset for a PowerBI dashboard. A Power Automate flow instructs the PowerBI dashboard to refresh its dataset whenever a new submission is made via the form. This means that there is minimum lag between data being submitted, and the graph updating, keeping the information as up-to-date as possible. The Dashboard itself is hosted securely on our Digital Telecare Playbook allowing registered telecare service providers to view the data.

By taking this approach we firstly wanted to illustrate how part of this process can be easily automated, and to demonstrate how data can be displayed ‘live’ in a dashboard rather than as a static report. Secondly, it was hoped that by doing this, we would raise the thought that if steps 5-7 can be automated, why not also steps 2-4? A live data feed from the system holding the data to the dashboard sharing the data would replace steps 2-4. This would free up staff time for meaningful activities.

Yes, creating this kind of feed with the systems currently available to telecare service providers would be challenging, if not impossible, but it won’t always be that way. The shift to digital signalling will unlock greater possibilities than previously available from analogue systems, and new born-digital solutions are already entering the market for whom this kind of connection would be business as usual. Our blog on interoperability, is available to read on our Digital Telecare Playbook and explores some of these challenges in a little more detail.

Further guidance on what telecare service providers can do if they experience a sudden increase in failed calls is available in our Digital Telecare Playbook. The brand new Telephone Service Issues document which is located on the Establish Impact On Current Solutions step of the Discovery Phase of the Technical and Security Pathway provides an overview of some analogue telecare issues that have been commonly seen and some of the workarounds that have been implemented to improve service.

It is important to note that telecare faults caused by telephony issues are complex to both identify and diagnose. More often than not the exact cause of an issue is never identified, either because it resolves as mysteriously and suddenly as it appeared, or because a robust work around is identified and the effort required to conclusively determine what caused the issue simply isn’t either justifiable or feasible.

The only sure way to avoid these kinds of telephony issues is to migrate to digital telecare, but in the interim while the Telecare Service Issue document can’t give you a fool-proof set process for identifying and resolving faults, it can provide some hints and tools to support telecare in resolving such issues.

* Please note that you must be logged into the Digital Telecare Playbook for the link below to work.

It is vital that telecare service providers start to monitor any occurrences of failed calls to create a clear baseline to identify swiftly if there is an upward trend in failed calls either locally or nationally that will in turn allow us to take collective action to mitigate the risks to citizens. If not already done so, we would ask telecare service providers to delegate a single contact who will be able to report on failed calls on behalf of the entire organisation to please get in touch at digitaltelecare@digitaloffice.scot with the chosen contact details.